The Sons of Umath: The *Kóryos Myth in Gloranthan Gaming

This article builds on the previous one. Read that here. All quotes, unless otherwise attributed, are from The Book of Heortling Mythology
LIKE THE ANCIENT *Kóryos themselves, the roleplaying games that followed 1974's Dungeons & Dragons had to leave the safe and established domain of their predecessors to explore new territory of their own. Both Empire of the Petal Throne and RuneQuest took the early lead in this, adapting the detailed and complex settings of M.A.R. Barker and Greg Stafford to show that roleplaying games did not need to be generic dungeons but could, in fact, explore whole new worlds. But in 1979 Stafford and Steve Perrin produced something wholly new, something that suggested for the first time that gaming could simultaneously be a few hours of entertainment with your friends and an exploration of deeper themes and meanings that date back thousands of years. I am talking, of course, about the publication of Cults of Prax. 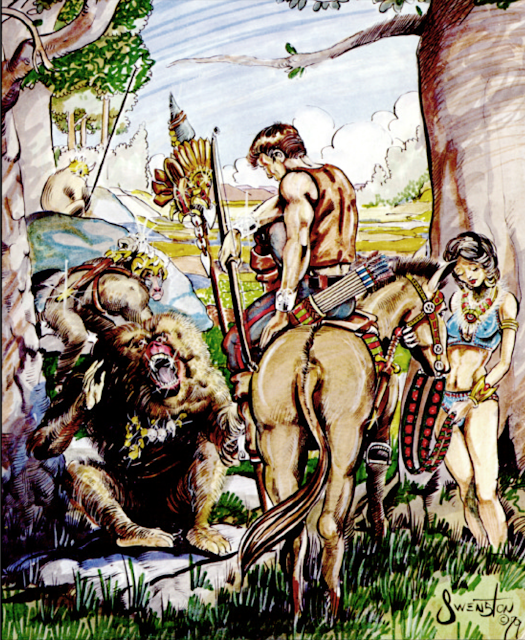